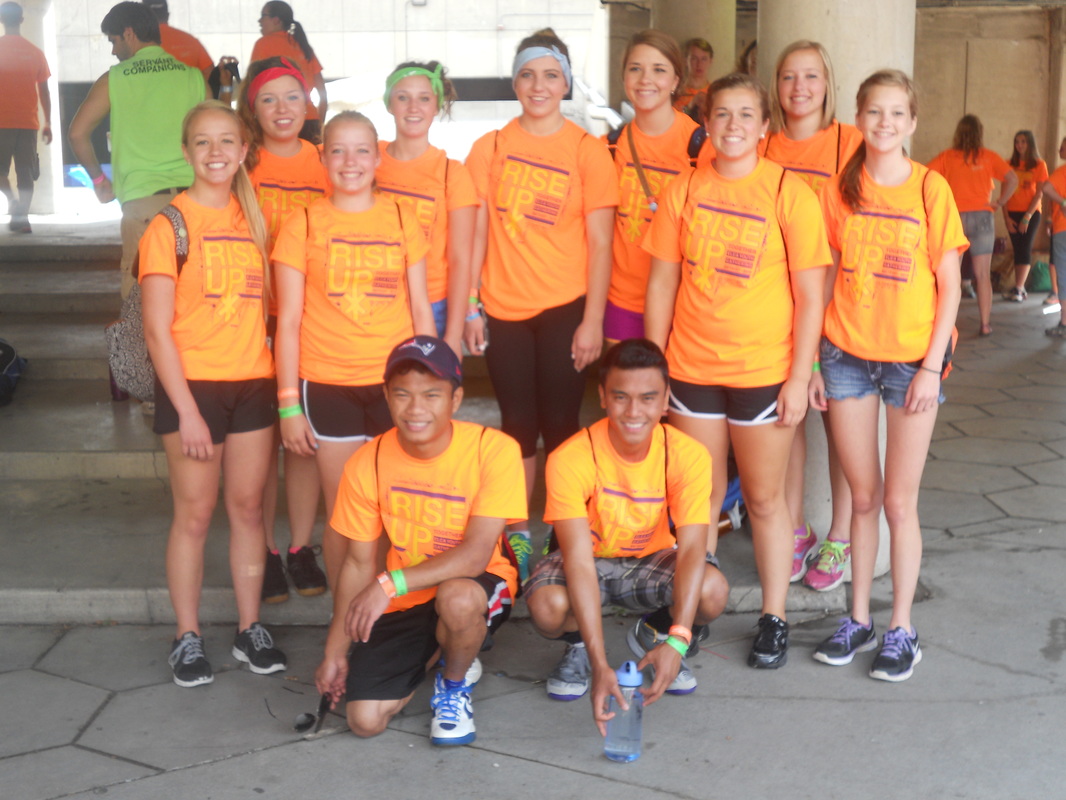 Faith Lutheran 2015 National Youth participants are:  (Back row, left to right) Amber Peterson, Drew McNally, Claire Palmquist, Kelsey Fiedler, Olivia Oachs, (middle row) Holly Fiedler, Alaina Oachs, Jordyn McKenzie, Alyssa Swenson, (front row) King Hoffman, Bryan Hoffman.  (Not pictured three chaperones that attended: April Freeman, Kerri Oachs and Greg Palmquist )
Eleven young men and women along with three chaperones attended the National Youth gathering in Detroit, MI during the week of July 12—19, 2015.  Detroit was the host city for the 2015 ELCA Youth Gathering, “RISE UP TOGETHER”.   The youth and adults learned that Detroit is a diverse, distinct city with a rich history.  The birthplace of the car industry and Motown music.  Detroit also played a critical role in the underground railroad and in the industrialization of America.  Although the media would have you believe Detroit is on the verge of collapse –its residents know a different story.   As 30,000 Lutheran youth and adults wearing orange-colored shirts descended upon the city, they made their presence felt in the downtown Detroit area.   At the Gathering, youth and adults were immersed in worship, music, Bible Study, service, learning, play, and prayer.  They worked with other faithful leaders from around the world, caring for others and making new friendships.  The Gathering was a time of change and growth because we gathered in the presence of God’s Spirit with others who journey with Jesus.   The ELCA has a phrase ’God’s work, Our hands’. The Gathering in Detroit embodied this phrase as they physically and spiritually did God’s work. The 2015 National Youth Gathering to Detroit will be a part of their lives forever. 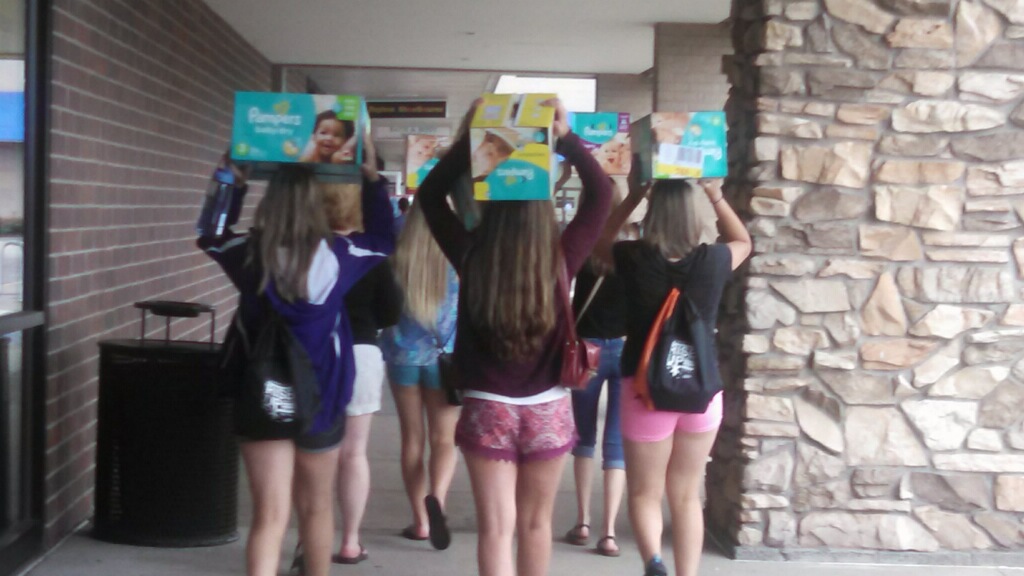 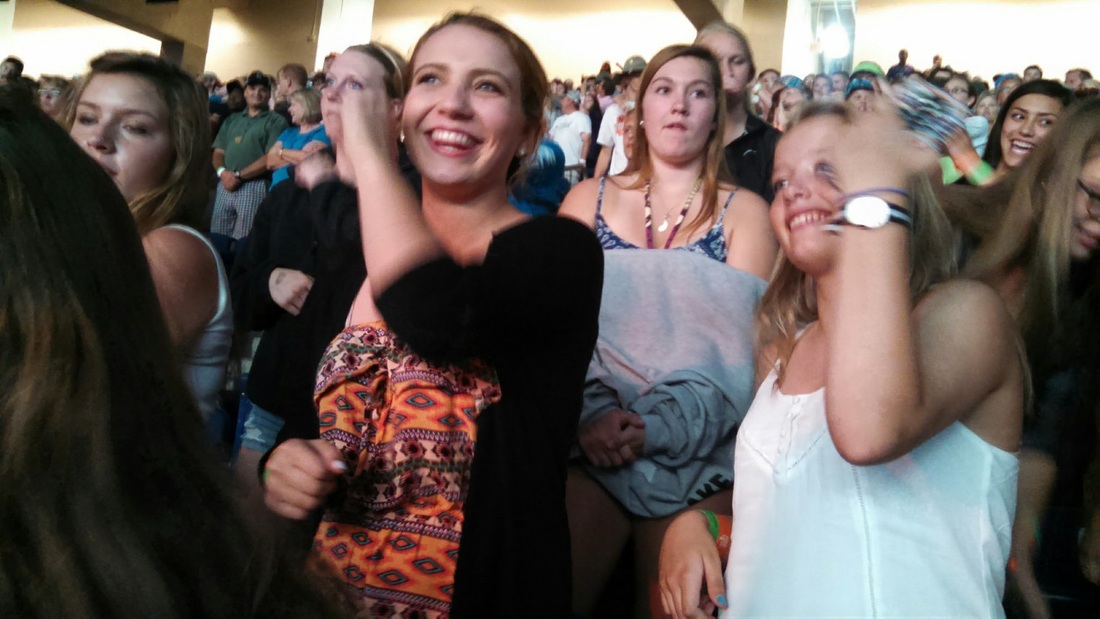 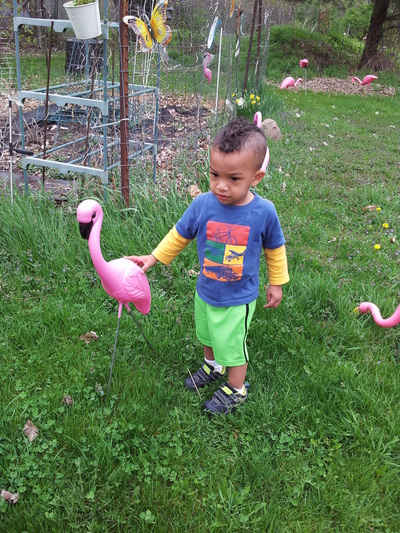 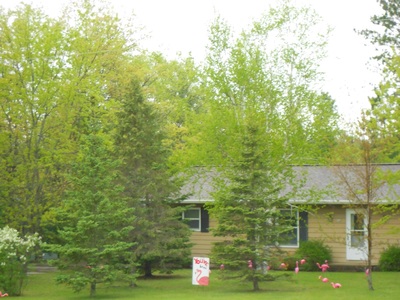 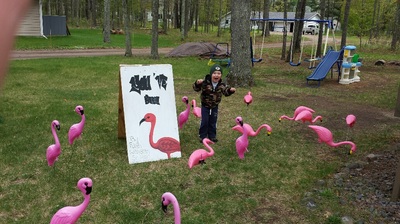 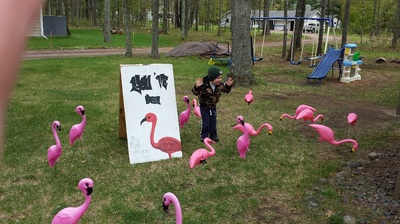 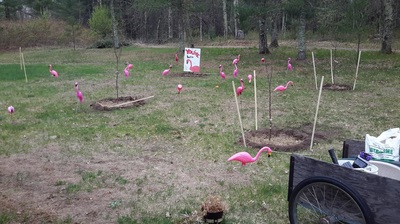